All numbers are derived from this, except for HP and AC. 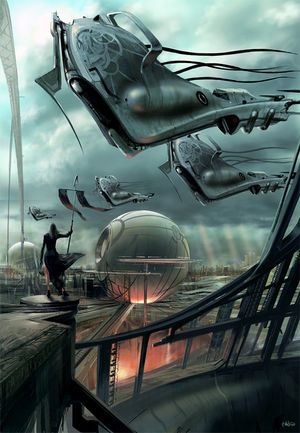 The ship flips for space travel, and in the minutes before and after hyperjumps.

The transport ship has the following rooms:

Transport II and III Upgrades: The following features only a Transport II or III possess: