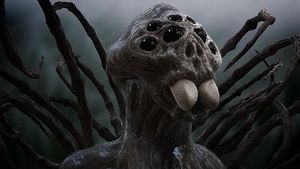 The Nerubian had a complex social organization, like ants or bees. The function of each individual was predetermined by genetics, as well by the subspecies they belonged to. Different types of Nerubian are referred to as castes with a life-long occupation and responsibility in society.

This is just a variant rules for a basic type of Nerubian species. Nerubian of this type are most commonly workers, warriors and hunters, and in addition they have all the recognizable features of the entire Nerubian race.

Most Nerubian are busy with daily affairs of their communities and affairs concerning the restoration of their heritage. An average Nerubian works to rebuild their broken kingdom, bearing in mind the idea that some day their race will rise and once again stand tall.

Young Nerubian also frequently leave their homes in search for new knowledge on philosophy, magic and science. Adventurers, traders and explorers can also be found among older Nerubian, because in spite of the natural isolation of Nerubian’s communities they do need to communicate with the outside world.

Average Nerubian is of the same height as an average human, but its length is much bigger. Standing on six thin chitinous legs, each of them ending with a single spike, these arachnids share traits of a centaur in the fact, that the upper part of their body is humanoid. With two arms with two long-clawed fingers, an eight-eyed spider face and a series of mandibles only useful for eating, Nerubian are vastly different from most other races.

Few beings are aware of Nerubian's existence. During their contacts with other races they are often mistaken for unintelligent abominations, leading to hostilities with ignorant individuals, who portray them as monsters, or those hasty to attack. A growing need for supplies however forced them to open trade relations with any race willing to do business, but they nonetheless tend to sticking to the shadows. 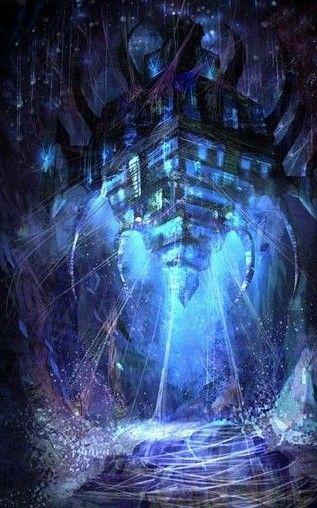 In the world of Azeroth, all Nerubian hail the underground kingdom, located deep in the frozen continent of Northrend. This kingdom is known as Azjol'Nerub.

As a result of the war and occupation, many Nerubian were forced to leave native world in pursuit to save their lives and the lives of their scions. Using scientific achievements of their race, many Nerubian left the Azjol'Nerub with large clutches of eggs. The descendants of these escapees settled in many worlds, preferring the deep cold cave for creating small communities.

Nerubian understanding of life is huge and so they produced a lot of literature on philosophy and arcane lore.

Naturally fierce mind and will of Nerubian is always dedicated to wiping out anyone wishing to conquer them. So any religion and any worship are completely alien to them.

Common, Nerubian, and any bonus languages.

Nerubian speak by means of vibrating a version of vocal cords in their necks. Their mandibles produce sounds that are unattainable for non-insect creatures. Nerubian have an exotic combination of vowels and consonants that sound like clicks and squeaks. Common feature o their language one can find is in a specific syllable «zj».