File:Kaori Kanzaki.jpg
A moment of calm before the battousai unleashes the blade from its sheathe.

The draw of the blade. A quick flicker of steel that fools the eye. A flick of the sword, spattering on the dusty ground before it enters the sheathe once more, ready for the next strike. The iaijutsu master specializes in a special technique called "iaido" where the wielder of a blade uses the power of its draw to make it go faster than many other blades, gaining far more momentum than a blade clumsily swung by another warrior.

Few people become iaijutsu masters, the training to become on so rigorous that many who do attempt fail, never learning the true techniques of battojustu or blade-drawing. However, some push themselves harder and farther than others, honing their skills and becoming battosais--masters of the blade and the techniques a sheathe can hold within it.

All of the following are class features of the Iaijutsu Master.

Speed Bonus: The iaijutsu master's class levels stack with his levels in monk, tenken, and classes that follow a similar progression for the purpose of determining his enhancement bonus to speed. Should he have no levels in the above classes, for the purposes of his speed he counts himself as a tenken of his class level as outlined above under Table: The Iaijutsu Master.

Blade Artist (Ex): At first level the iaijutsu master learns to gauge the swing of a weapon on an almost unconscious level. He gains the Shielded in Life feat, choosing either his Wisdom or Charisma score for the feat.

Defensive Sheathe (Ex): At first level, the iaijutsu master learns that it is important to remain protected even when others would open themselves up to attacks. Sheathing a weapon does not provoke an attack of opportunity.

Iaijutsu Focus: After drawing a weapon, the iaijutsu master gains an extraordinary focus as all his attention descends upon the target of his strike. At first level, once during his turn upon drawing a slashing weapon with which he has Weapon Focus the iaijutsu master gains 1d4 Iaijutsu Points. The number of Iaijutsu Points he gains increases by one at 3rd level and every level hence. He may use these to power his various abilities, but they only apply to the next melee attack he makes which gains a +1 competence bonus to attack. This competence bonus increases by one at third level and an additional one at every three class levels hence (at levels 4, 7, and to a maximum of +4 at level 10), and stacks with any competence bonuses granted by any class, but not one granted from feats or other abilities. Any leftover Iaijutsu Points disappear at the end of his turn.

Iaijutsu Strike (Ex): Faster than the eye can see, the Iaijutsu Master whips out his weapon and coats it with the blood of his opponents in attacks of truly superhuman speed. At first level after drawing his weapon, the iaijutsu master may spend a number of Iaijutsu Points up to his class level + 2. He adds an extra 1d6 damage to the attack immediately made after drawing the weapon for each Iaijutsu Point spent.

Devastating Blow (Su): At second level the iaijutsu master learns to make attacks that are almost supernatural in nature; after drawing his weapon on an attack with which he gains iaijutsu focus, he may spend a number of Iaijutsu Points to activate effects should he hit as detailed in the table below. As he advances in levels, he gains access to new effects. The DC of these effects is equal to 10 + 1/2 his BAB + the bonus to attack he gets from Iaijutsu Focus + his Charisma or Wisdom modifier (whichever is higher), and is a Fortitude save at second level, and they last one round before ending. At fifth level the iaijutsu master may instead require a Will save to resist the effect, and by eighth level a Reflex save. This ability may be used in tandem with Iaijutsu Strike, and the effects last for one round.

Sheathe Unbloodied (Ex): The iaijutsu master continues to grow faster, able to now accomplish a feat that many are famed for but few can do--drawing, attacking, and sheathing his weapon in a single smooth action with no blood on the blade. At third level, he may now sheathe a weapon as a swift action, or as part of a move action when moving.

Shunpo (Ex): The iaijutsu master's speed quickly reaches incredibly heights, allowing him to move from place to place in only the blink of an eye, confusing his enemies as he reaches places he isn't expected to be. At third level, the iaijutsu master may take a standard action that does not provoke an attack of opportunity to duplicate Dimension Slide at will with a manifester level equal to twice your class level, but only once per round. At fifth level this ability may be activated as a move action, and at seventh level as a swift action.

Dance of Blades (Ex): The iaijutsu master's ability to move about the battlefield improves further; at fourth level, he gains the ability to move before and after taking a standard action (usually an attack), though the total distance moved consumes a move action and cannot be farther than the iaijutsu master's speed. The square within which the iaijtusu master's standard action is taken is not considered threatened for the purposes of movement, though his action and any other movement during the round may provoke attacks of opportunity.

One Strike, Two Cuts (Ex): The draw, a single slash, and the sheathe--and yet two slices appear from where only one strike occured! At fifth level, after drawing his weapon on an attack that gains iaijutsu focus, the iaijutsu master's may make a second attack after his first. Any effects that affected the first strike (including any effects from Iaijutsu Strike, Devastating Strike, or any other abilities he possesses from other classes, feats, or equipment) affect the second attack as well. This second attack does not have to be against the same target as the first.

Strike from the Void (Ex): The void begins to fill the iaijutsu master as he draws the blade, allowing him to cut deeper into his enemies with barely a thought; in fact, few thoughts cross his mind as he watches blood spray before the blade crawls back into its sheathe, almost by instinct. At sixth level, the iaijutsu master may add one-half his Charisma or Wisdom modifier to every die of damage done with Iaijutsu Focus.

Razor Wind (Su): A strain of the blade--and suddenly it's free, letting loose a blinding wind that flies free to rend the flesh of its foes even beyond the material weapon's reach. At seventh level, the attack with which the iaijutsu master gains iaijutsu focus with can reach opponents as far away as 100' from the Iaijutsu Master, though every 20' the attack roll takes a penalty of -1 (at 20 to 35 feet, with a maximum of -5 at 100' range). Apart from the extended reach, this attack still counts as a melee attack for all intents and purposes.

Sharpened Reflexes (Ex): As the movements become more instinctual, the iaijutsu begins to act without thinking, allowing his body to move on its own. At seventh level, the iaijutsu master cannot be surprised and may roll initiative even during surprise rounds during which he would normally be surprised.

Flashing Blade (Ex): Movement without thought, flashing blades twinkling with barely a blink of an eye. At eighth level, the iaijutsu master may move up to his base speed and make a single attack as an immediate action once per encounter. He may use this ability twice per encounter at level nine.

Flowing Water (Ex): Men can offer the resistance of cornstalks against the iaijutsu master's movement as he flows between them leaving only sprays of blood in his wake. At level nine, the iaijtusu master may move up to twice his speed as a full-round action and make a single attack against every foe he threatens during his movement, though only once per foe. He gains a +4 dodge bonus against attacks of opportunity provoked by his movement when using this ability.

Strike with no Thought (Ex): The iaijutsu master's body has reached such heights that at times it moves as though it were seperate from him--its own living thing. Once per encounter at level ten, the iaijutsu master may take an immediate action to immediately take a turn. While his initiative doesn't actually change, he gains a full round's worth of actions at that point.

Combat: As an iaijutsu master, you are a trained warrior who excels in both a high mobility and dealing a lot of damage. Very effective against backliners who wish you weren't there, you know just where and how to strike, shattering the opponent's defense before they have a clue as to what happened.

Advancement: Typical characters who become iaijutsu masters include samurais, martial adepts, rogues, and ninjas. Just about anyone who has the strength and resolve to undergo the incredibly intense training can become an iaijutsu master--many have the potential, but few have the will to carry it out.

Resources: Some organizations use iaijutsu masters as assassins and specialists for infiltrating enemy hideouts and removing key personnel or data. Their ability to move at incredible speeds allows them to easily evade pursuit and their inhuman reflexes let them be ready for any ambush set of them.

Iaijutsu Masters in the World[edit]

Iaijutsu masters can fit into any cadre of highly-trained soldiers, though some can be found working as lone assassins, vigilantes, or even wanderers who follow their own ideals. Whatever the case, iaijutsu masters are often highly individualistic due to their unique fighting style which sets them apart from virtually all other melee combatants.

NPC Reactions: Different people in the world react differently to iaijutsu masters depending on where they are and what they do. On one hand they may be lauded as saviors if they use their quickness to steal from the rich and give to the poor, or they might be hated and feared if they kill innocents wantonly, doing as they wish, or even with respect should they be part of a military branch.

Characters with ranks in Knowledge (Local) can research iaijutsu masters to learn more about them. When a character makes a skill check, read or paraphrase the following, including information from lower DCs.

Iaijutsu Masters in the Game[edit]

Iaijutsu masters can fit almost anywhere in the campaign; be they assassins, military-men, scouts, or simple wanderers who follow wherever their feet lead them, they can be anyone. All it takes is speed, swiftness, and a keen mind along with the right training to mold someone into an iaijutsu master.

Adaptation: Though the majority of iaijutsu masters are often lightly armored, one can also have one clad in full plate swinging about a greatsword if one wishes to. In this way you can break the stereotype, leading to new and interesting combinations. If using the Oriental Adventures sourcebook, one can add the Iaijutsu Focus skill to the Iaijutsu Master's class skills. 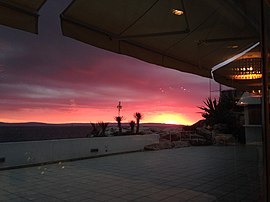 Din as he prepares for an iaijutsu strike.