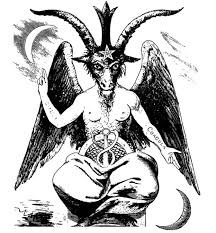 Baphomet, what is above is the same below.

Antitheists come from many different pantheons and groups. More often the results of dogmatic cultures. They are disillusioned by group-think and the spirits of the times. In the past, anthitheists have been called sorcerers, witches, pagans and satanists. This sensationalism is far from true, it would be more accurate to say that they are iconoclasts. Antitheists of all forms have a lot of abilities that counter clerics, paladins, holy warriors and other illusionists. Surprisingly, antitheist, are not devil-worshippers. Antitheists despise religion and group-think. However, antitheists see a value in going on the offensive against divine spell-casters – using the symbols of Satanism to dispel and thwart holy powers.

The class features names are only archetypes (of controversial deities), if your system uses a unique set of deities, simply change the names to fit your setting. For example, if your campaign in in a H. P. Lovecraft world, change Satan’s Speech to Cthulhu’s Call. But all effects remain the same. Further, none of the abilities are derived or gifted from actual deities. Instead, they are inspired by similarities in characteristics (i.e., the Lucifer abilities relate to enlightenment).

There are three pathways of Antitheist, each have a different primary mental ability score (Satan’s Speech uses Charisma, Lucifer’s Light uses Intelligence and Belial’s Black-Magic uses Wisdom); Strength Dexterity and Constitution are useful for the typical reasons, but do not modify class abilities. All types of antitheist benefit from Charisma.

Previous history as a divine character does not disqualify players from taking this class. If anything it is more common for characters to have a prior devout history than not. Any alignment can become an antitheist − yes, there is such a thing as a Lawful Good antitheist. Also, players with a strong independent, rebellious or anarchist wish tend to become antitheists.

Weapon and Armor Proficiency: Antitheists are proficient with all simple and martial weapons, light and medium armor, and with shields (except tower shields).

The Great Schism: There are many different varieties of antitheists. Some use music and symbolism, others focus on finding the truth, still others dabble in magic. They all fall under the umbrella of antitheists. At 1st level, an antitheist must choose one of the following major feature pathways: 'Satan’s Speech', 'Lucifer’s Light' or 'Belial’s Black-Magic'. Once chosen this choice may never be altered. An antitheist gain access to all subfeatures of this pathway. All antitheist gain Know Thy Enemy and all features below it. 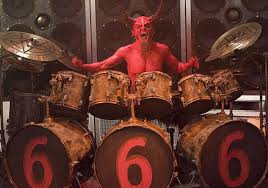 Satan’s Speech: The devil really had the best tunes. Champion to the taboo in music, clothing and art. Pushing far beyond social boundaries and the norm. An antitheist uses his satanic metal or imagery to harness the following abilities: 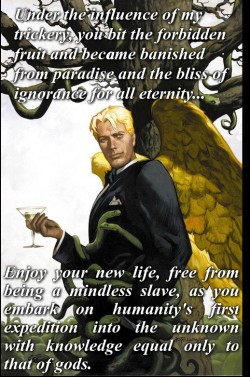 Lucifer’s Light: Lucifer enlightens antitheists to reality. An antitheist can use this enlightenment to power the following abilities: 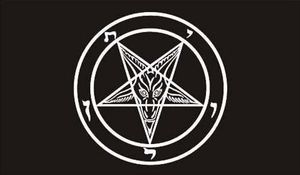 Belial’s Black-Magic: Some perceive Antitheist magic as the greatest evil, while others view it only as carnival trickery. An antitheist uses mental will, psychology and sleight of hand to produce the following effects:

Know Thy Enemy (Ex): Starting at 2nd level an antitheist must choose an alignment type different from his own on the good/evil axis. This alignment is called an “Enemy” for purposes of the following effects on this page (the term “opponents” is used on this page as a more inclusive term to include non-enemies). The antitheists gets a +2 bonus to attacks, AC and saves against creatures of his Enemy alignment (including their attacks, spells and abilities; i.e., holy smite), and spells and abilities with this descriptor. Additionally, all antitheists gain this bonus on all Bluff, Diplomacy, Intimidate, and Knowledge (religion or planes), (history) and (local) checks. This bonus increases by +1 at every even numbered level (+3 at 4th, etc., and capping out at +6 at 10th level).

However, should an antitheist wish to cast a spell of this alignment, there is a 30% chance it will not work and he receives 1d6+2 damage instead.

Feature Advancement: At 2nd level and every other level after, an antitheist gains +1 effective class level for one of the classes he possessed before taking this class. This grants all class feature benefits of having leveled in the previous class possibly including: increased caster level, spells per day and spells known; feats, and new features as though he gained a level in that class possibly granting new abilities he didn't have before like trackless step or hide in plain sight.

An antitheist can choose, in place of gaining features of a previous class, to instead gain a bonus feat.

Dispel Enemy (Ex): At 3rd level, an antitheist can dispel enemy spells and beneficial effects. This takes one of two effects: First he may attempt to use this ability as a standard action during his turn to dispel any beneficial magical effect on a target "enemy" (treat like dispel chaos/evil/good/law). Alternatively the antitheist can use this ability as an immediate action during an enemies turn to counterspell the casting of a spell done by an enemy (treat this like dispel magic's counterspell option). His dispel check is 1d20+antitheist class level+Charisma modifier. This can be done 3/day.

Turn Enemy (Su): At 4th level, an antitheist can try to turn and rebuke creatures of his enemy alignment as a standard action (treat like turn undead but with the following changes). An antitheist uses the same turning table as a cleric with his effective cleric level being equal to his character level. Any turned enemies flee from the antitheist by the best and fastest means available to them. If the antitheist has three or more character levels than the enemy has HD, the enemy is rebuked. This can be done a number of times per day equal to 3+antitheist's Charisma modifier.

Sell Your Soul (Ex): At 7th level, an antitheist sells his soul. Contrary to popular belief, antitheists do not sell their souls to supernatural beings, instead, they sell them to themselves. Denying all other masters. An antitheist gains spell dampening 3 against all enchantments spells and spell-like abilities, and a +4 bonus to Will saves against all mind-affecting effects. An antitheist is also immune to soul displacement.

Bonus Feat: At 9th level, an antitheist receives a bonus feat that he meets the prerequisites for.

Antimessiah (Su): At 10th level, an antitheist becomes the antimessiah − a magical creature. His creature type changes to outsider (native) instead of whatever the antimessiah’s creature type was before, making him immune to spells that effect humanoids like charm person and hold person. Additionally, the antimessiah gains spell dampening 6 against all divine and illusion spells and spell-like abilities. He gains damage reduction 10 against all alignment specific attacks (i.e., spells or effects that deal good damage or attacks from axiomatic weapons). Unlike other outsiders, the antimessiah can still be brought back from the dead as if he were a member of his previous creature type.

If an antitheist becomes devoted to a deity they no longer are antitheists, they lose all abilities of this class. But they need not atone or do an intricate ritual to return to antitheism. It is a personal choice.

However, if they follow through on their devotion and become sheep, they may convert two thirds their Antitheistic levels (round down) into a divine spell-casting class (like a Fallen Paladin).

Religion: Antitheists oppose religions, believing the gods to be little more than opportunistic parasites feeding on humanities beliefs while suppressing their true potential.

Other Classes: Your sympathy for what amounts to the devil in various pantheons also causes a stir, regardless how much faith you actually give to such entities. Needless to say clerics and paladins are not fond of you, even from evil deities.

Combat: You're a sort of cleric, but instead turning undead and handling divine matters you generally handle social encounters and countering other divine casters.

Advancement: Ironically any class suitable for a cleric can work with an antitheist.

Daily Life: Nothing stops an antitheist from living a normal life. However, they often do not mix well surrounded by the religious and divine and their antagonistic natures drive them away.

Organizations: Being iconoclasts in what are often religious dominated lands, most antitheists must walk the path alone. Even if they find a group of like-minded beings, their motives and beliefs, if you can call them that, can vary and unity is not guaranteed.

NPC Reactions: For the common ignorant man, if they do not confuse you for a cleric they may find your presence heretical and terrible. It’s said your power merely draws from demonic beings and betrayers, and your words are hollow. How true that it depends on the campaign.

Characters with ranks in Knowledge (Religion) can research antitheists to learn more about them. When a character makes a skill check, read or paraphrase the following, excluding information from lower DCs. The more you learn, the more you realize initial impression are rarely accurate.